Edwin SWAYZE, The muted story of an extraordinary trumpet 4/4

The trumpet section during Swayze’s reign 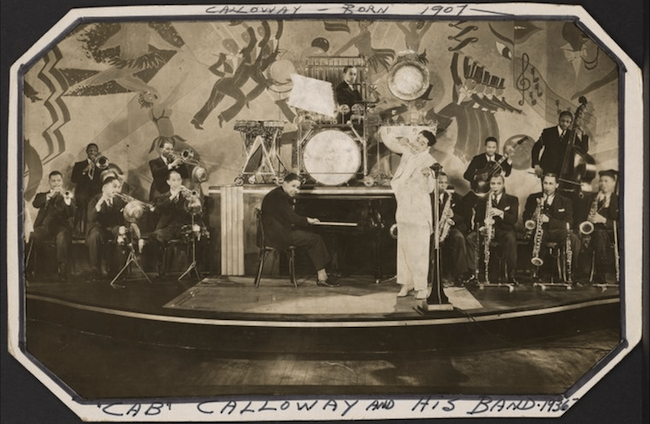 The orchestra posing for a movie still in Cab Calloway’s Hi-De-Ho (1934)
Edwin Swayze is the second trumpet between Lammar Wright and Doc Cheatham.

“The newest incumbent of the growl-and-plunger trumpet chair” as Gunther Schuller names Edwin Swayze (The Swing Era) is a frame to Swayze’s job in the section. Acting as a third trumpet, he shares his solos with the wonderful Lammar Wright (read our article), while the first trumpet leads the section, only very seldom getting solos.

Even the British magazine The Gramophone – that never appreciated Cab Calloway – has a nice mention about Edwin Swayze “whose trumpet playing was one of the delights of this band” (Charles Fox, The Gramophone, August 1967).

That’s one of the reasons that led us to as our friend, trumpeter and jazz historian Yves FRANÇOIS to share his knowledge to help us identifying, and understanding the solos and mutes used by Edwin Swayze during his time with Cab… Each comment by Yves is presented “bolded and between quotation marks”. 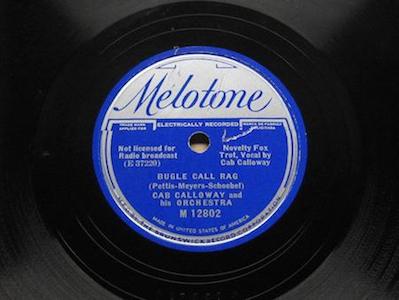 For his first session with the band, Swayze is featured on every song, even if it sometimes sounds difficult to distinguish him from Reuben Reeves’s touch.

• Bugle Call Rag – Sept 23, 1931 (intro by Reeves; growl trumpet – “Talk to me, Son” shouts Cab to Edwin. Second trumpet solo by Reeves). – About this tune, a critic from the New Movie Magazine dated May 1932 thinks that “the boys swing right on this one and it has some wonderful solo work, especially the high trumpet. It is a real musician’s record.”

• Without Rhythm – Nov 16, 1931 (muted). Alyn SHIPTON: “This piece shows that [Cab’s] reorganization of the trumpet section had been a great success, starting with Swayze’s growling horn, and with a sparkling high-note solo from Reeves in his best Armstrong manner. The entire section leads the final key change and closing chorus, showing some of the band’s most disciplined and effective brass playing so far, recorded over its traditional bouncing midwestern rhythm.” (Hi De Ho, p. 59) 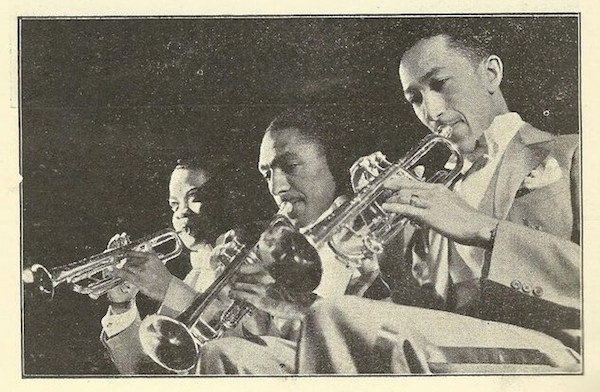 At 30 months, this is probably the longest trumpet section without any change in the history of Cab’s orchestra.

• You Gotta Ho-De-Ho – June 9, 1932 (tp-intro: Wright; 2nd solo: Swayze). “Short solos with plunger or maybe that Calloway mute release – very King Oliver. Feels like what ever he used to do with his hand and a door knob mute.”

• Beale Street Mama – November 15, 1932 (open trumpet at the beginning by Doc Cheatham; then straight mute on back of Calloway)

• I Gotta Go Places And Do Things – December 7, 1932: “As K.B. Rau noted, Swayze uses shakes a lot but less vibrato than most of his generation.  Nice solo towards the end.”

Yves François: “The VEGA trumpets were highly rated from the 20’s to perhaps the 50’s. Besides Swayze, Miles Davis played them in the 1940’s. Vega later concentrated on string instruments (guitar, banjo) after the 60’s.”

Note that at this time, Lammar Wright and Doc Cheatham played Conn trumpets (Conqueror for the first, 8B Special for the latter). In 1935, Doc Cheatham and Swayze’s successor Irving Randolph played on Vincent Bach trumpets.

In Storyville 2002-2003, in his article “King Oliver – Some Observations on mutes”, Brian Goggin explains that Ed Swayze uses “a small straight mute inside the bell and the plunger over it”, like Bubber Miley did in order to get his wa-wa sound. But that’s a little bit more complicated than this. Each mute type affects the volume and timbre of the muted trumpet. And Swayze was a specialist of that instrument as the many examples explained above attest.

For non-trumpeters and jazz connoisseurs, Yves François explains the various mutes used by Edwin Swayze. The picture below is a detail from a 1934 picture of the band in the movie Hi De Ho. 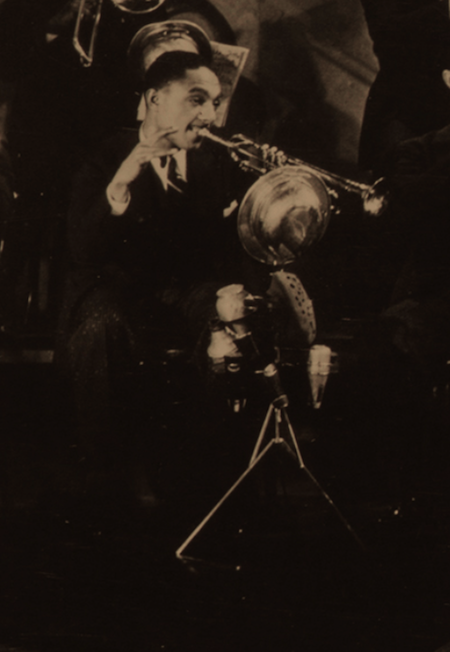 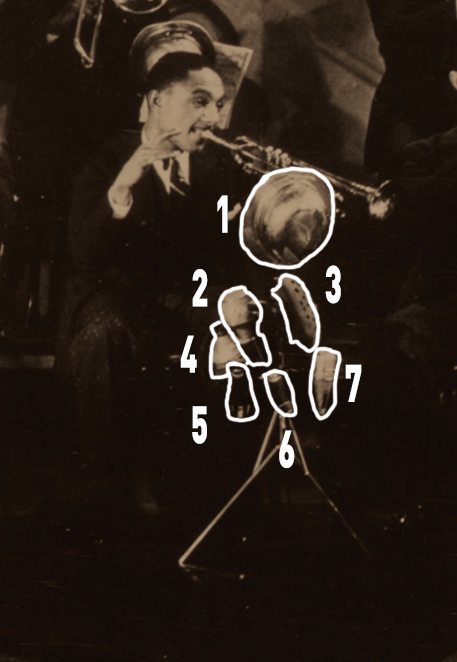 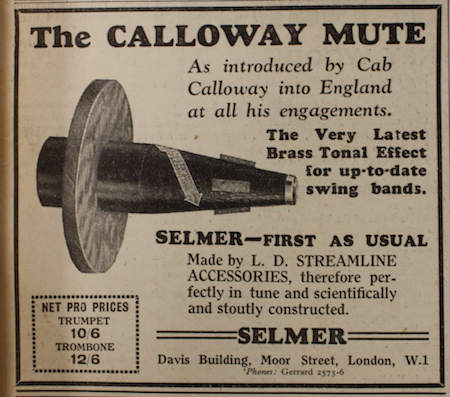 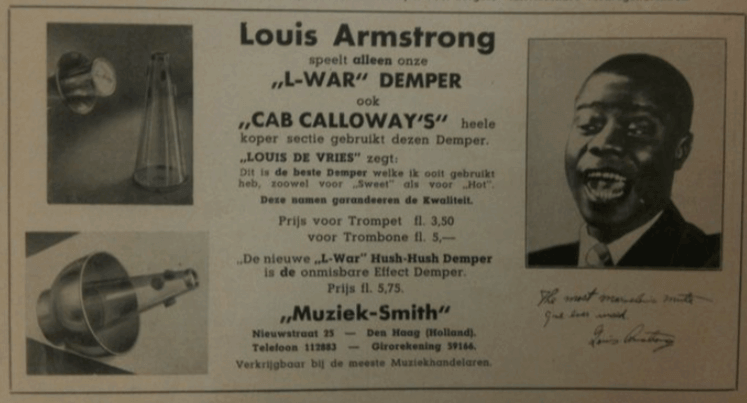 Advertising for a glass mute “like the Shastock.
Perhaps a prototype of the future detachable adjustable metal cup by Harmon Company”
(Jazz Wereld, NL, 1934).

Read the other parts of our series about Edwin SWAYZE:

Part II: In Paris and Holland
with the Blackbirds and the Plantation Orchestra

Part III: USA and Europe with Cab Calloway
at the Cotton Club