We're moving on with our memory tour of Manhttan Theaters with Christopher Brooks Calloway, grandson of Cab Calloway.

On the same spot as the Cotton Club, “the Zanzibar is the place where I think Cab made some of his best recordings: Zanzi for instance with the Texas tenor sax sound,” says Christopher.

Here, you can listen to Christopher's version, live at the Birdland (Spotify).

On my own, Cruising with Cab and Frantic in the Atlantic are among his best pieces (both composed and arranged by Gerald WILSON). We have many broadcasts that testify to the great form of the band with great solos by Ike Quebec. Those are all that remain of his collaboration with Calloway since the Petrillo ban didn’t allow any recording between August 1942 and November 1944.

During that period and after, Cab Calloway used to play on the radio almost every day while appearing at the Zanzibar. One of his broadcasts from here was interrupted by the announcement of the Japanese surrender! That same evening Cab and Claude Hopkins had a rough confrontation (see our article).

For a complete story of Cab at the Cafe Zanzibar, see our full article. 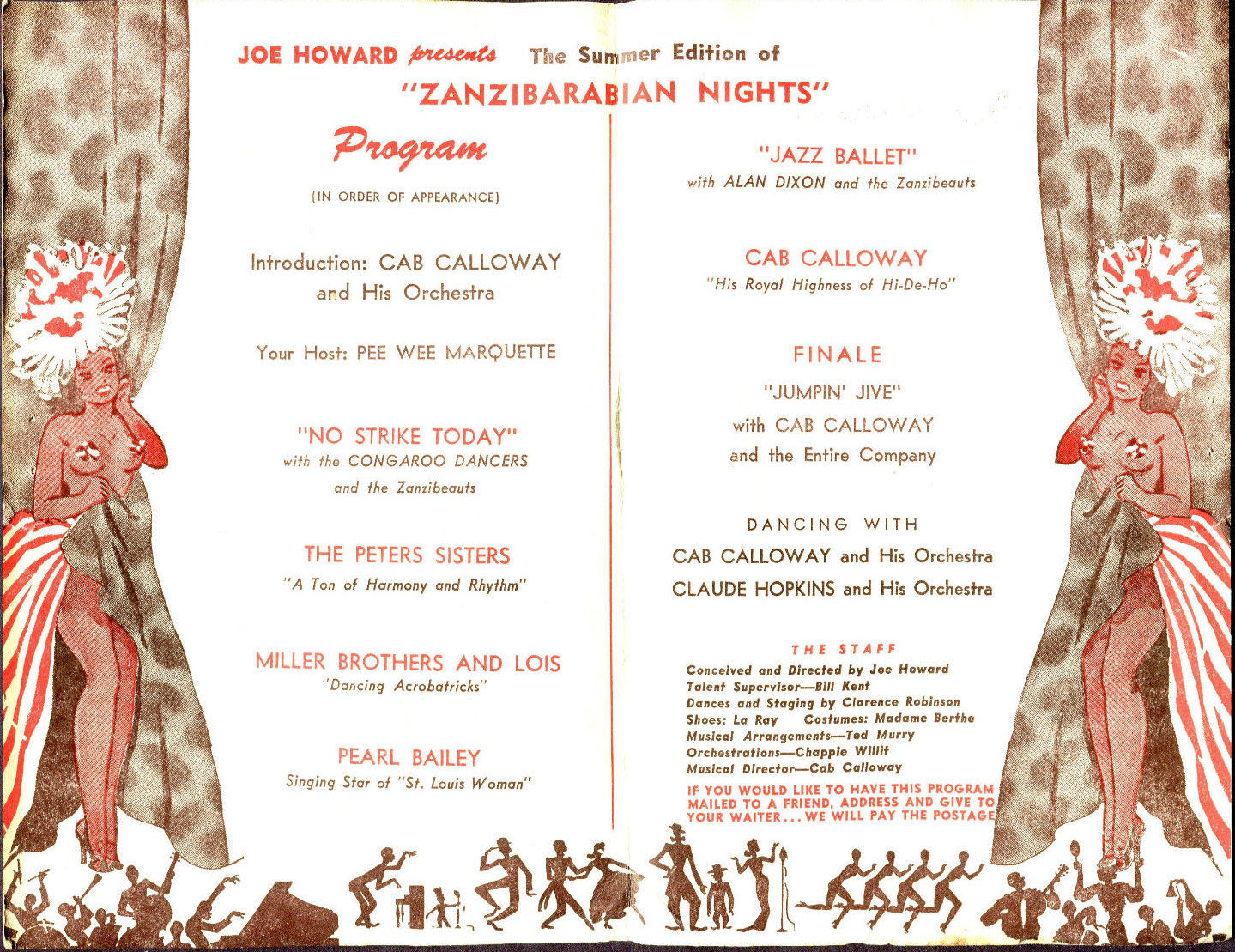