Now a city bank, the Hippodrome was one of the largest theatres of its time covering the entire block. Torn down in 1939, there only remains a picture of the theatre in the lobby. 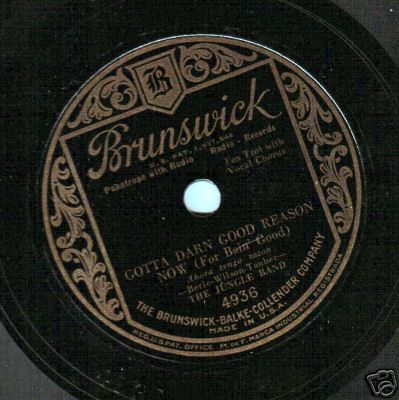 Cab played this venue at the very moment his first record was released on Brunswick 4936: Gotta Darn Good Reason Now (For Being Good) and St Louis Blues.

As a fast rising star thanks to radio, Cab Calloway can be compared to stars of today (like those from America’s Got Talent). But he had both the showmanship and the sense of the show business: even as a youngster on stage, he managed to choose his own material and, with the help of Irving MILLS (also Duke Ellington’s impresario), Cab quickly moved from an instant star to an icon of the era.

Of note: Cab apparently was on stage on May 30, 1939 for the first Jam Session of the National Swing Club of America. He was among many stars: Duke Ellington, Count Basie, Benny Carter, Jimmy and Tommy Dorsey, Woody Herman, Paul Whiteman, Louis Armstrong, Jack Teagarden, Ella Fitzgerald, Billie Holiday… On August 16, 1939, the Hippodrome closed for good.