120 batons broken per year by Cab

Confined to his small workshop in Staten Island, Isaac Cary manufactures batons for conductors since 1929. He's even the only one to do in the USA (in 1941). His clientele count among the most famous maestros of the time: Arturo Toscanini, Dave Rubinoff, Alfred Wallenstein, Andre Kostelanetz, Mark Warnow... 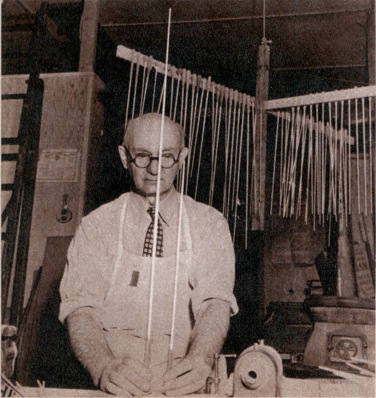 Isaac CARY, fabricant de bâtons de chefs d'orchestre.
Prices range from 75 cents to $ 1.50 ... Let me tell you that this is not profit, unless you have a good customer like Cab!
Indeed, in a 1937 article in Pittsburgh Press, we learn that the king of Hi de Ho breaks "two sticks per week - just for fun -. On pianos, chairs or knees" He "breaks" all the records of all other leaders in showbusiness (Rubinoff coming in second with only 60 sticks per year!). 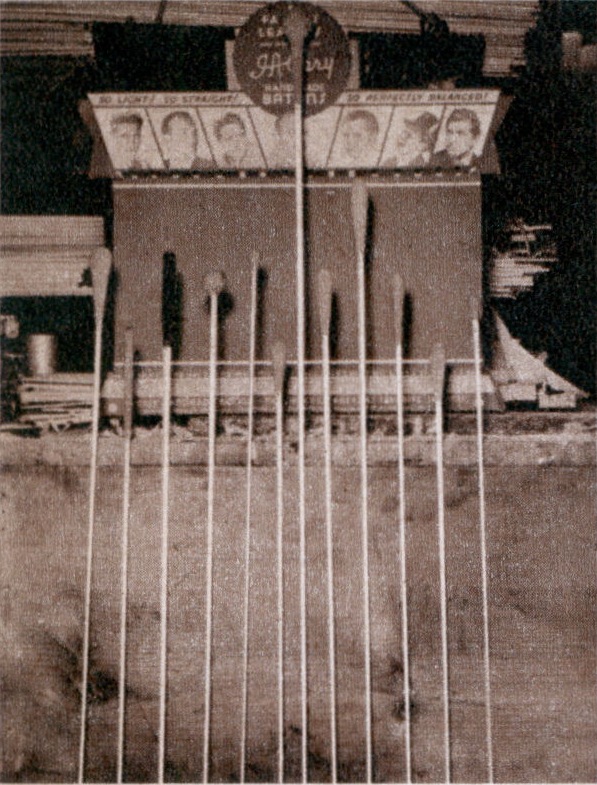 The different types of batons produced by Isaac Cary in 1941:
the one for Cab Calloway is the third from the left (like our first photo).
Paul Whiteman's (remembered as the King of Jazz!) is the one in the middle... the longest!
I can not resist quoting David Lester, author of the 1941 article, who wonderfully evokes Cab and the atmosphere of Harlem:

"Up in Harlem, a man with a toothy grin alight on his sepia face dashes to the bandstand of a night club. The jitterbug elite in the gaily festooned bistro hail him noisily as he lifts a long white baton. Dancers whirl onto the floor as the band rips out. Cab Calloway is interpreting a Hi-di-ho." 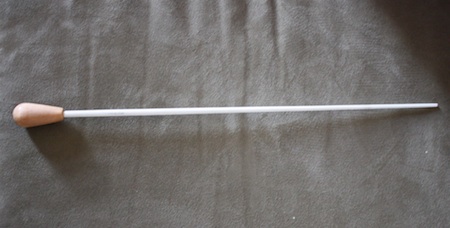 A baton belonging to Cab Calloway on the last period of his life, kept by his daughter Cecelia Calloway (pictured in December 2008)
Here are some videos to illustrate Cab's way to use of the baton:
• In the movie The Big Broadcast (1932), on "Hot Toddy" (arr. Benny Carter)
• In Cab Calloway's Jitterbug (1935)
• In Minnie The Moocher (1942)
Sources :
Many thanks to Modern Mechanix website (source of the 1941 article) which posts countless high definition scans from obscure and technical American vintage magazines.